Gettin' Wubba With It

It is with much reluctance that I begin "work" on my toys reviews. Frodo and I have been playing so hard and enjoying our new toys that the thought of sitting in front the computer to write the reviews is well, let's put it this way... we'd rather be playing than writing.

And as I begin my big task of writing the reviews of my fabulous loot of toys from Kohepets, I can hear The Little Mermaid playing in my head....

Okay Little Mermaid.... unlike the Mer-dogs, you do not have to write reviews of your 'gadgets and gizmos aplenty'.  So you win.

And Frodo has mastered the art of being derp that he does not have do any work. So he wins too.

Anywoof, Frodo and I have been arguing about which toy we I should review first. I have been very fickle about it. Every time I think, "Ok! We I am going to write about this toy!", we go play with the toys again = more photos/videos and I will be "Oh crap! Maybe we I should write about that toy first."

After much paws over it, I finally decided to start with the easiest toy to review - the KONG Wubba Dog Toy.

In my review of Kohepets online store, I briefly mentioned about Goondu Frodo leaving our Wubba toy out at sea so we were Wubba-less for quite a few months. We received THAT Wubba present two years ago during Frodo's 4th birthday bash.


Or was it my 4th birthday present from 6 years ago?

I cannot remember. *gasp*
Age is catching up.
My memory is failing me.

But anywoof, it is gone. Waddle waddle. Maybe the otters who slapped my intellectually-challenged brother are playing with it.

True story.
Frodo Choo, once upon a time...
Did get slapped by otters.

I have missed Mr Wubba oh-so-much during our swims. So when Kohepets gave me that mini shopping budget, I sneakily ordered not one, but TWO Mr Wubba - Mr Wubba Classic and Mr Wubba Wet.

HOWEVER, mummy hijacked Mr Wubbas and decided to keep it till Frodo's birthday. Okay okay, I have been Elastoplast-ed on my ears which resulted in mummy's decision to momentarily cease our swim activity. But since it was Frodo's birthday, mummy decided, "What the heck! What's Frodo's birthday without swimming?".

Off to the sea we went.


You might be wondering... what's so special about KONG Wubba that has made it into our 'MUST-HAVE' swim toy?

First, we do not have many toys there are not many toys that can survive my toy-kill ways. Come to think of it, I think I may have dissected a Wubba toy before. I vividly remember how the inside looks like. Hmmmm......

Second, Mr Wubba only makes its grand entrance during part 2 of our swim sessions. Mummy burns off Frodo and my intial burst of energy with our stinky, filthy, overused and overslobbered tennis balls. And then I start to pretend disinterest in the tennis balls by persistently rolling in the sand and tada! Mr Wubba emerges and hello sea! Flapper Choo is back in action.

Thirdly, Mr Wubba can be tossed pretty far out at sea and as you can see from the images above, the 'fluttering tails' not only allows the human to have a good grip while tossing it, it is visually appealing for Frodo and me to want to chase after it to retrieve.

Fourthly, it can double and triple up as a toss-and-catch and tug-of-war toy.

Lastly, we love toys that squeak.


The Oh-So-Important Value of Toys

Akin to establishing food value in reward-based training, it is equally important to maintain toy value with us dogs. Throw it around the house every day and the toy loses it value.

All our toys are kept away and only taken out when mummy says it's play time.

So imagine the value of Mr Wubba!

Frodo and I go gaga over it when we are out swimming = more swim time!

On this note, I must point out that the value of toys is determined by us dogs. Sorry humans! You may have heard this before but when it comes to food and toy value, the saying is true. CONSULT THE DOG.

Do I have a toy that comes in higher value than Mr Wubba? Yes I do! But I think I may have semi-killed it or lost it or.... I cannot remember.

But Mr Wubba is overall pretty durable and serves its purpose well so after many years of tossing different toys out at sea, it became our must-have toy for swimming.

I could hear mummy cursing and swearing as she was trying to select our new Mr Wubba.

It was not just about selecting Mr Wubba but the correct size too. That's the thing about online shopping which is we do not get a reality of the actual/dimension. Buying online is a bit like lottery... and loads of luck of the correct guess.

And as I am typing this review right now, I can hear mummy weeping in the background, "Why didn't I see the adorable 'Floppy Ear Dog' Wubba?"

So... selecting the right Mr Wubba was a matter of elimination process of practicality.  Mr Snugga Wubba did not make the cut because we had one of those before and the sand really adheres itself to it. Mr Wubba Weaves was also no-go because mummy could see me unravelling the rope.... Mr Wubba Ballistic did not make the cut because mummy could see missing ears, eyes, nose, innards....

I was down to Mr Wubba Classic/Camo or Mr Wubba Wet.

So while mummy's back was turn, I clicked one Classic and one Wet. LARGE, please. Close page. Don't let mummy see.

The main reason for getting Mr Wubba WET was to see if there was any significant difference between the Nylon vs Neoprene (aka diving wet suit) Wubba. And since the neoprene material is 'advertised' for wet use (for obvious reasons), I wanted to see what's the big difference between both (if any) since Mr Wubba CLASSIC does float in water too.

And well, so at least I have something to review rather than "I love Mr Wubba".  Ha! 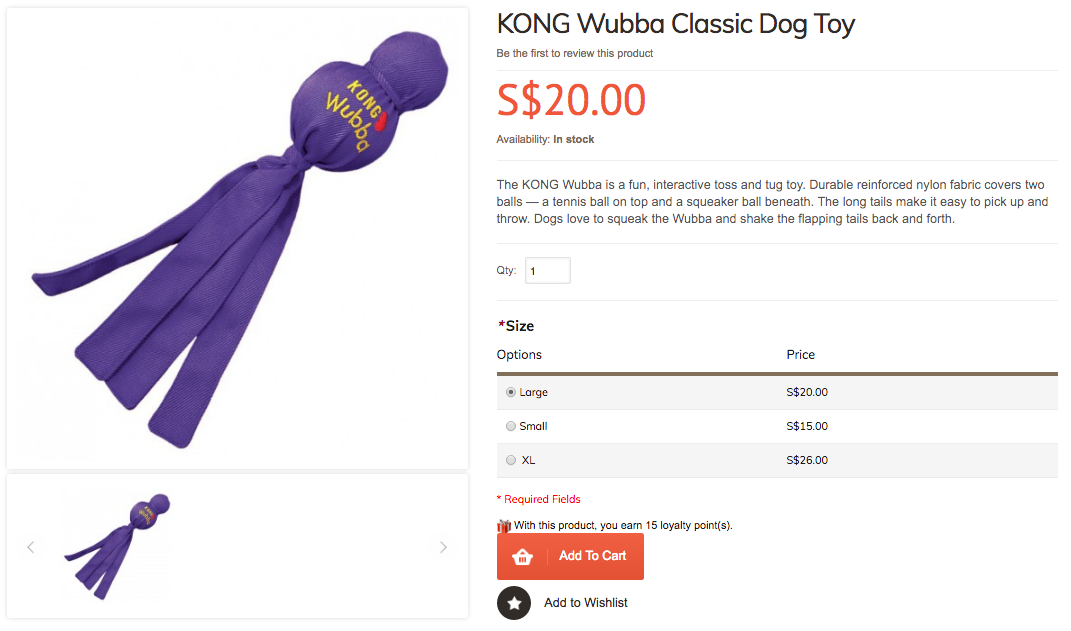 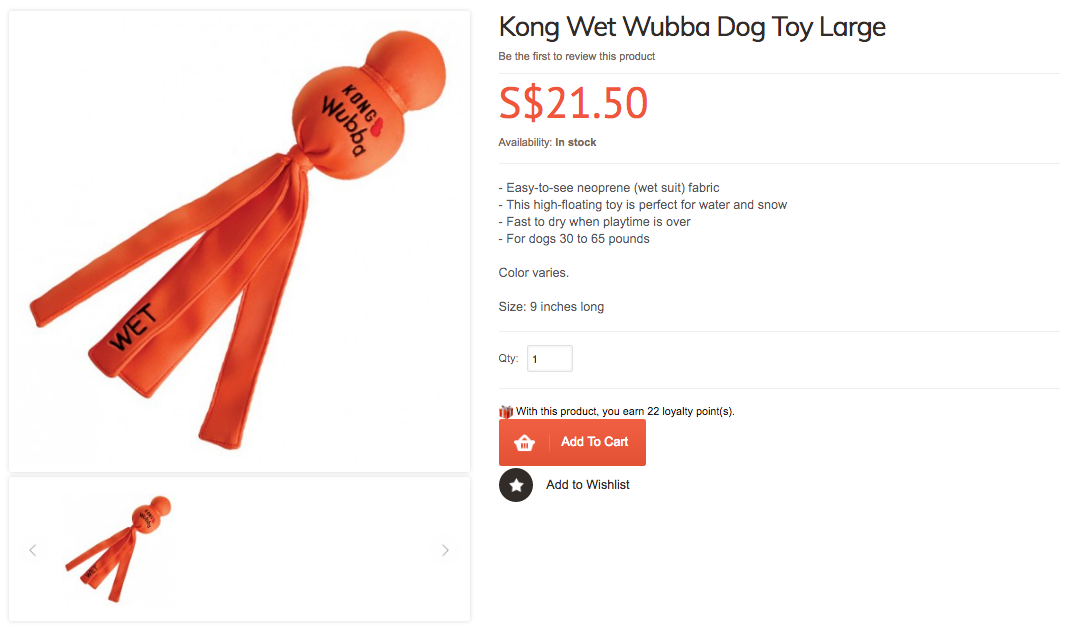 
Wubba! Wubba! Which Wubba is the fairest of 'em all?

At this point, Classic vs WET count sits at 5:2.

But as mummy always says, consult the dogs.

So Frodo and I decided to do our individual overall rating of each toy...

So after much discussion with Frodo, we decided that our preferred choice in favour of the squeak is Mr Wubba Classic!

And I am finally done with my first toy review for Kohepets!

I hope you have found my review useful.

Now... which toy should I review next?