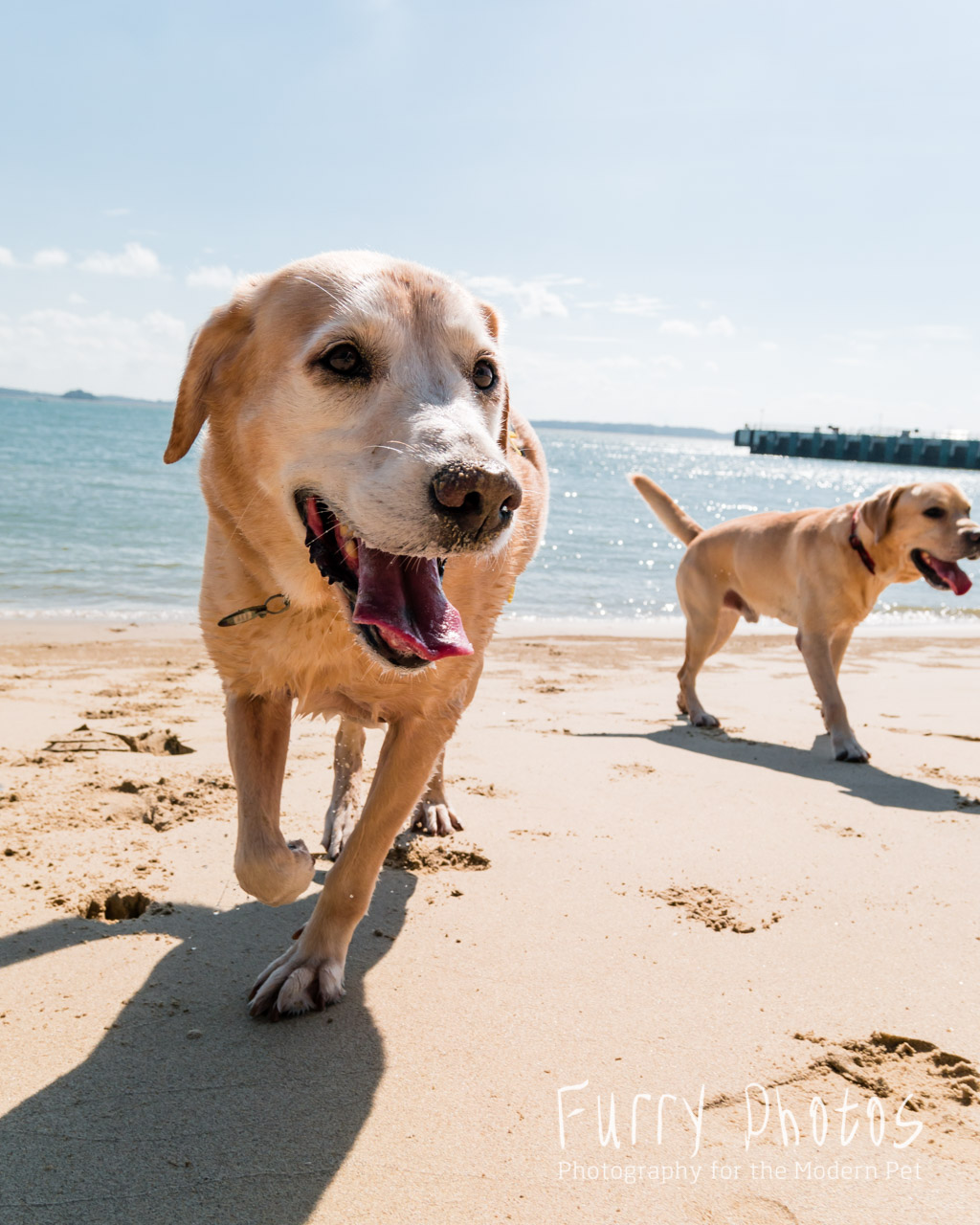 If I could, I would like to be a Mer-Dog (Mermaid-Dog).

My name is Flapper but I have no flipper.

I love swimming and I love the sea.
I would love to live by the sea, in the sea, on the sea, under the sea....

Look at these stuff, isn't it neat?
Wouldn't you think my collection's complete?
Wouldn't you I'm a girl... dog... a girl dog who has everything?


Okay, okay, I am no red-head Ariel.   As a matter of fact, I'm yellow but mummy prefers to call me blonde.  I cannot sing like Ariel either.  I can only bark.

So I was looking through at my birthday photos for the thousandth time.  I was in my zone.  Beach... sand... swim... play... I was one truly happy mer-dog.

It was not always that I was a mer-dog.

When I was adopted by mummy in May 2007 at eight months old, I did not know what swimming was much less understood the joy of being a mer-dog.  I had gangly legs that were oddly proportioned to my body, bow-legged and feeble, I walked (still do) with a girly sashay and was somewhat wobbly and clumsy.

At that point, mummy suspected I had crappy hips (aka hips dysplasia) and raised her concerns every time we visited the vet.  Physical examination did not indicate I had severe dysplasia and during that time, digital imaging was not as readily available as today so unless really necessary, vets would not call for X-Ray especially when I... did not show clear clinical signs.

To pacify mummy (or so she thinks), she was told, "He MAY have dysplasia but most probably just a mild one."

Mummy had a strong suspicion that my hips were worse than what it appeared so she decided to manage my physical condition in the mean time and well, be a dog.  A happy dog.

I was adopted in May.
I was introduced to my first swim in June.

Mummy: "Don't worry Flapper, you'll get the hang of it in no time and you'll love it!"


And sure enough, it did not take very long for the call of squeak toy and tennis ball became too strong to resist....


OMG!  My first swim video is still alive!  Please excuse the poor quality... those were the days before smartphones, iphones and POV cameras. (taken on 23-Jun-2007)

So yep!
That was the start of Mer-Dog-ism!
Swim?
BRING IT ON, MAMA!


The truth of my hip condition came to light on 10-Jan-2009 when I was two years old.  Thank God for digital imaging, mummy finally stopped sounding like a crazy paranoid self-imagining owner who kept harping over my deceiving hips.

The X-ray was the awful truth.


I loved Dr E's reaction when he saw my x-ray.

"Oh my God, his hips are deformed!"

Dr A, who recently saw the x-ray after mummy found it, said, "So horrigible!"

If you can't understand the x-ray, these two exclamations should sum it all up.

Mummy shouldn't laugh but she did.  The condition is what it is.  It was something I came with when mummy adopted me and so be it.

Hip reconstruction surgery was not something mummy would opt for especially since I am coping with my deformity well.  I have seen dogs who went for such surgeries and they still moved worse than me.

So it's back down to management and knowing the actual state of my hips allowed mummy to manage me better.

More swims for me!
Yay!

I just completed my exciting and meaningful run for the Sony Action Cam "Prove Yourself" campaign.

You see, it is not about letting my birth deformity limit me or defeat me or using that as an excuse not to let me lead a normal happy active life.  It just so happened that my life became quite extraordinary - by chance.

Mummy is grateful and thankful that at nine, I am still moving well and yes, I do get a bit of arthritic problem now and again but otherwise, I am still [very] mobile despite of my lousy hips.

We hope to keep it that way for a long time to come!

A short video by Uncle Nic of Frodo and my latest beach fun-time!